“We cannot run society for the privileged and allow a significant proportion of the population to be marginalized. It impacts the quality of life for all of us if we have ‘throw away’ people. A justice system which tolerates injustice is doomed to collapse.”

Criminal Justice Beyond “Just Us”: How Can We Battle Racial Disparity In US Correctional Facilities on Both a Small and Large Scale?

The United States has become the most racially diverse democratic nation in the world (Austin, Charles, et al). However, whole segments of American communities have become marginalized as our gains in economic prosperity continue to spread in disproportionate directions (Austin, Charles, et al). One fundamental example of this is the disparate treatment of those in minority groups, one that has infamously become deeply embedded into the criminal justice system and impedes our ability to promote public safety.

While people may disagree about the causes of racial disparities, it is inarguable that incarceration has become a staple in the lives of so many racial and ethnic minorities. This is especially evident in the graph pictured above.

Those that have undergone the burdensome criminal justice cycle don’t get an opportunity to pay their dues and move on. Criminal-justice-involved families are at risk of unwarranted surveillance and are powerless under so many restrictions. These individuals engage in characteristically different ways as compared to those who live outside of the supervised society (Halak).

Our current re-entry programs are formulated to support the absence and return of citizens but fail to acknowledge the vast amount of structural barriers that hinder full citizenship (Gullapalli, et al).

Those that return from correctional facilities are forced to endure a lack of housing, affordable public transportation, adequate mental health care, among others, and are held under an expectation that all of these fundamental survival services must be accessed through their own means (Gullapalli, Vaidya, et al). These expectations are so high that they showcase the insufficiency of the resources required to make stability and safety a reality for people returning to home. As a result, many individuals with criminal offenses find themselves entangled back into the abyss of the system. In Illinois, roughly half (10,000 to 15,000 people) released from prison are sent back within three years (Gullapalli, Vaidya, et al). The issue of racial disparities in correctional facilities has been overlooked by the general public, especially in regards to mainstream media. Despite the lack of coverage and public awareness, mass incarceration of people of color still directly torments the most vulnerable American communities. Although racial injustices have been deeply rooted in the foundation of the United States’ criminal justice system, there wasn’t as much clash until the 19th and 20th centuries.

States required Black residents to sign yearly labor contracts. Black codes were laws specifically designed to limit the freedom of African Americans and guarantee their usage as a cheap labor force after slavery was eradicated (History.com Editors). In an attempt to pacify mass terror and exacerbate the depressed economy, Southern public officials utilized the criminal justice system (Delaney, Ruth, and Ram Subramanian).  Anyone that refused would risk being arrested and thrown into a loop of unpaid labor against their will. In 1865, the first black codes were enacted in Mississippi and South Carolina. When the last federal soldiers left the South and the Reconstruction era subsided, Black people did not see much improvement in their economic and social status (History.com Editors). Their political accomplishments were severely impaired by policies enacted by white supremacists.

The “Black Codes” quickly escalated to the mass imprisonment of black men, women, and children, who had to undergo brutal conditions through forced labor and convict leasing systems, which had similarities to the conditions of slavery (Race and the Criminal Justice System).

Arrest, incarceration, and police brutality were on the rise during this period, displaying many similarities to the racial oppression found in our current society. Law enforcement officials in the South often categorized black people as criminals and directed their radar towards them, funneling greater numbers into punishment systems. By the 1870s, 95% of criminals in Southern states were black (Delaney, Ruth, and Ram Subramania). Prison populations expanded rapidly with the stigma surrounding people of color arising and an influx of black populations migrating to the North.

After millions of black people moved from the South to the North during the early 20th century in hopes of escaping Jim Crow; the big-city ghettos, housing discrimination, and racial bias kept black people in their subordinate residency (Tonry).

The ghetto was “left to crumble onto itself, trapping lower-class African-Americans in a vortex of unemployment, poverty, and crime, abetted by the joint withdrawal of the wage-labor market and welfare state” (Tonry).

As the ghetto became evidently incapable of ensuring minority communities closure, the criminal justice system was utilized to contain a population widely villainized as dangerous and subhuman.  Criminal stereotypes were solidified alongside a spike in violent crime during the 1920s and volatile media coverage, directed disproportionately towards black Americans (Delaney, Ruth, and Ram Subramania). Augmented policing practices and mandatory sentencing policies were legalized, enabling nothing but a surge in incarceration.

More and more states have enacted reforms designated to reduce the scale of incarceration and the impediment of the collateral consequences of a felony conviction.

As a result of increased police presence, minorities are drawn into the system because there are more watchdogs in these neighborhoods (Halak). Programs directed at community-oriented policing have been designed to promote better relations between law enforcement officials and the general public. Groups of residents and area businesses work in unity with police to formulate strategic and tactical decisions, along with reviewing their effects. Proponents of such policing believe that this involvement should be commonized and encourage working with police agencies and community organizations to nurture it (Halak).

In addition, a lack of knowledge amongst police regarding minority cultures and language barriers complicate police-community relations.

Those with criminal histories experience significant barriers to employment, housing, and other vital aspects of daily life (Porter). Lawmakers in several states enacted policies to ease these barriers. In 2019, Florida legislators enacted a Senate rule for racial impact statements. By authorizing Florida State University to assess the “racial and ethnic” implications of fundamental criminal justice bills, they are enabled to evaluate potential disparities of proposed legislation prior to implementation, detecting unforeseen flaws in the policy (Porter).

However, although these reforms have helped improve criminal justice policy, it will take significantly more extensive measures to reduce the nation’s insurmountable rates of incarceration. 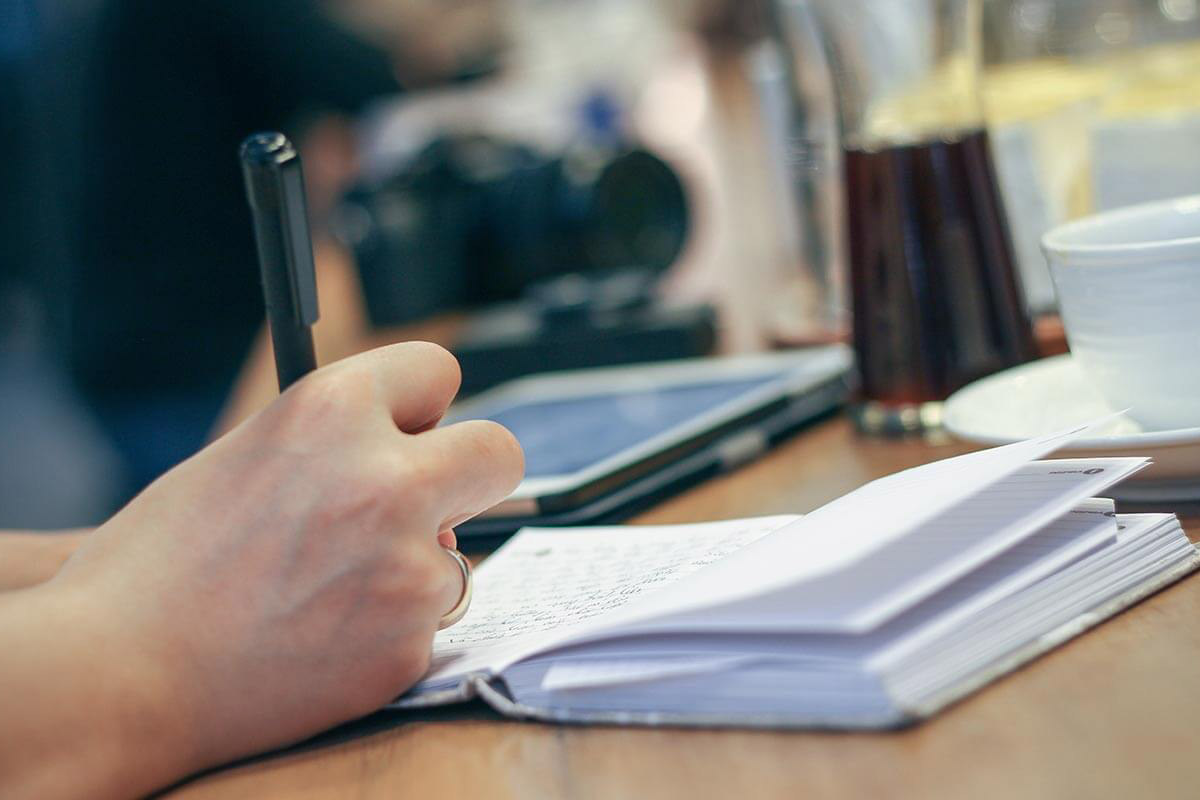 A Proposed Federal Agenda For Reform

The Sentencing Project is a research and advocacy organization working to reduce incarceration rates and address racial disparities in the criminal justice system. They constructed a four-stage process to alleviate these issues, which I will use as inspiration for my proposal

The first stage is addressing the accumulative nature of racial disparities. Racial disparities stem from each stage of the criminal justice system, from arrest through parole, instead of the result of the actions at a singular stage (Mauer).

The second stage is promoting communication across personnel in all decision points of the system (Allegation of Offence, Investigation, Formal Charge, Adjudication, and Sentence). An expressive approach to this issue will prevent gains in one area from being counterbalanced by impediments in another (Mauer).

The third stage is being aware that what works at one decision point of the system may not work as effectively in others. Unique strategies are required at each point and stage and should be factored based on the degree of racial disparity and taking the specific populations affected by the actions of the components into consideration (Mauer).

The final is making efforts towards systematic change. Policymakers and criminal justice practitioners must be willing and able to commit their personal and agency resources to analyze and tackling racial disparity at every stage of the criminal justice system (Mauer).

How You Can Help

As ordinary citizens, we must recognize that the people returning back to society from correctional facilities are human. They have families of their own, lives of their own, and a background that we cannot judge solely based on a criminal record. We must stop stigmatizing them and work towards giving them humanity back in their efforts to return to a rehabilitated lifestyle.

Signing petitions, voting in favor of legislation that promote criminal justice reform, writing letters to lawmakers, attending protests, donating and supporting organizations for the cause, like the Sentencing Project, are among the everyday actions that must be taken as we fight for justice and equity in the system.

These efforts will in turn play a vital role in reducing recidivism found predominantly in America’s most vulnerable minority communities and racial disparities in American prisons.

Thank you so much for visiting my website! All constructive criticism is heavily appreciated. Please let me know if you have any questions or feedback in the comments below. I am especially interested in hearing your opinion on my call to action for ordinary citizens.