Exploiting Immigrants for Profit: How Can We As Consumers Fight the Scourge of Sweatshops?

Originating with Chinese immigrants during the building of the Transcontinental Railroad, immigrant exploitation began during the 19th century when a large wave of immigrants migrated to the United States.  Due to the high demand for labor, Chinese workers transitioned to “high skill” workers which made their jobs difficult, dangerous, and exploitative. For example, example of this is the compensation between American workers and Chinese workers during the building of the transcontinental railroad, the overall wage differential amounted to Chinese laborers working for two-thirds of the European worker’s compensation (Saxton).

Chinese immigrants who worked on the Transcontinental Railroad

However, Chinese exploitation did not end there. In the 1990s, there were many employment agencies in New York City that Chinese immigrants would go to in order to find a job. After being dismissed from their job for being too “weak” or not being able to “understand the local dialect” workers would go back to the agencies and ask for a refund. At the time, the refundable percentage was that the agency was allowed to keep 10% of the workers earning. However, agencies would exploit the Chinese immigrants and would “keep 50% of the wages earned” (Jane). Clearly, there is a long history in the United States of exploiting Chinese immigrant workers.

In the United States’ long history of exploitation, Chinese immigrants are not the only group that has been exploited, originating in 1942, the Bracero Program was an agreement that the United States made with Mexico that allowed Mexican workers to come into the United States and work for a period of time and then return to Mexico. This agreement was not fair to the Mexican workers as they were getting “paid wages lower than those paid American workers,” while only receiving a minimum hourly rate of “30 cents” (Scruggs). Although the Bracero Program ended in 1947, this exploitation of migrant farmworkers continued. 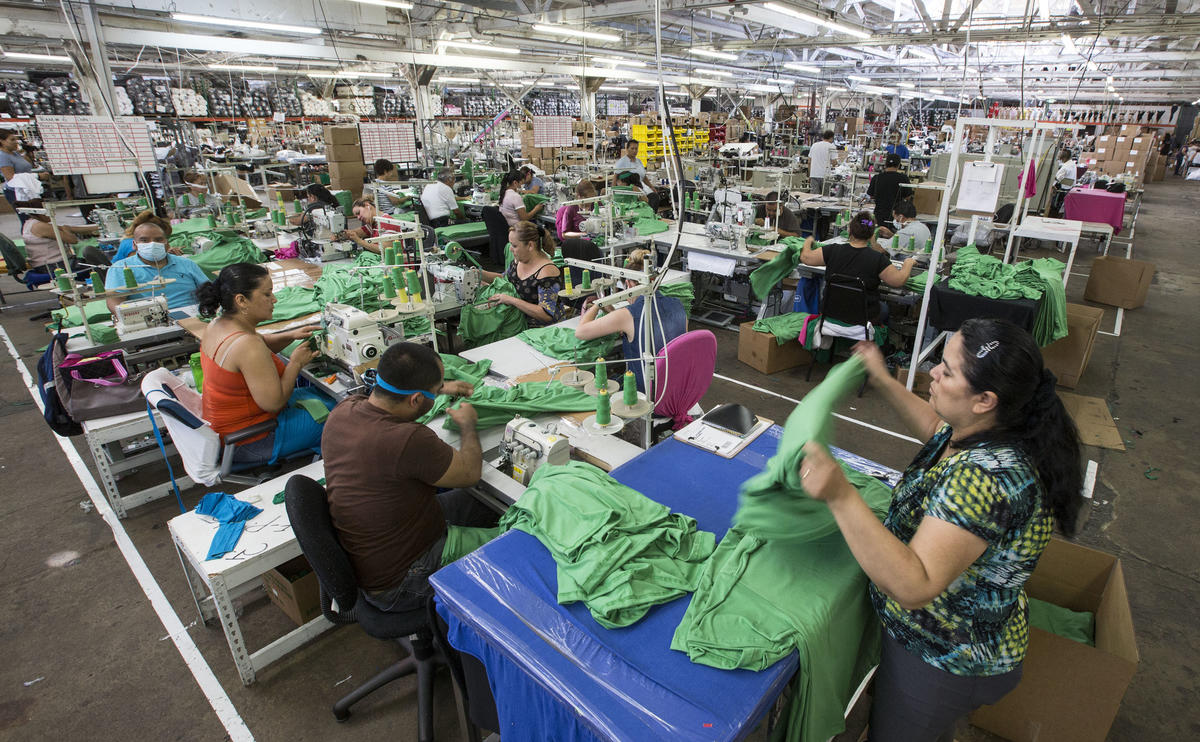 There are several problems with sweatshops, also known as garment factories. First, workers receive meager wages that are completely disproportionate to the intense amount of labor they put into their work. Workers earn a mere “50 cents for their contribution to a shirt or pants that the average person would then buy for $80…” (McDonnell). A reason that workers end up earning such small amounts is that garment industry employers usually pay their workers for each piece of clothing they make such as a shirt as opposed to the standard hourly wage. This practice allows employers to circumvent labor laws and pay below minimum wage because the form of payment is no longer by the hour. In Los Angeles, the U.S Department of Labor investigated 77 garment factories and found, “…that workers were paid as little as $4 and an average of $7 an hour for 10-hour days spent sewing clothes for Forever 21, Ross Dress for Less and TJ Maxx” (Kitroeff and Kim). Even though these particular factories pay their workers by the hour, employers were still able to bypass labor and minimum wage laws because in the garment industry there are so few inspections by the U.S. Department of Labor. This is because the U.S. Department of Labor is very underfunded and, as a result, it is very difficult to adequately monitor the garment industry’s labor practices. Another striking example is San Francisco where inspectors found that 72% of apparel shops violated labor standards (Lam). Increasing funding for monitering throughout the garment industry would help lead to safer and non exploitative working enviorments where workers receive more money for their contribution to a shirt or pants.

Other problems do exist, as owners will purposely avoid labor laws by making unreasonable requests of their workers. For example, some owners have been known to ask workers to work overtime in the workers’ own homes without paying them. During an inspection, it was found that, “owners… send seamstresses home with piece work to be completed for the next day in order to avoid paying legally mandated overtime wages” (Lam).  In Los Angeles, the Department of Labor found that 85% of factories in 2016 violated labor laws. However, these violations are not paid by the company itself but are instead paid by shop owners. This means that the manufacturers are not penalized or held responsible for the violation and are then able to open even more sweatshops. Another form of exploitation that sweatshop workers face is the lack of safety in the warehouses that they work in. These buildings typically do not meet public health standards and do not undergo labor inspections, which then creates a situation ripe for mistreatment and terrible working conditions. One such example occurred when a lawsuit was filed against Tammy Walker, the owner of a sweatshop in Knoxville, Tennessee. Workers claimed that “‘…the plant went unheated in winter and there was no air conditioning for the summer months…. [and that Walker,] kept all of the doors of the factory including the emergency exits locked on both the inside and the outside except for the front door, which created a significant fire hazard” (Jackson). This is just one example out of thousands that take place in the United States, yet many of us don’t know about it.

There are a few things that individuals can do in order to try and stop the exploitation that immigrants face in sweatshops. On a micro level, educating the public on the problem of sweatshops, as well as raising awareness about the conditions in which the clothing is being manufactured, are great ways of combating immigrant exploitation. Simple conversations with friends and family about the problem of sweatshops can make a difference, as slowly not as many people will go and buy clothing from these stores. Another solution for the average consumer is to buy clothing and items from union-made, local, and second-hand stores instead of big fashion companies (Green America). Sources such as GreenPages.org are good places to refer to when learning more about reliable businesses that do not use sweatshops. These sites provide lists of stores that sell all kinds of products that are made in a non-exploitative environment.

On a macro level, increased funding for labor law enforcement agencies would allow for more inspections in the sweatshop industry. This way, we would be able to shutdown sweatshops at a higher rate and stop the terrible conditions that workers have to face. Also, it is extremely important to hold manufacturers responsible. We “…need to expand the scope of liability to include the manufacturer, since the manufacturer benefits the most from the structure of the garment industry. Emphasis, then, should shift from penalizing shop owners for labor standard violations to deterring manufacturers from patronizing sweatshop labor ” (Lam). Doing so would then hold manufacturers accountable and force them to change their production systems. This solution was proven successful with Nike in 1997 through 1999 when students and activists held rallies that exposed Nike and their use of sweatshops. Since then, Nike has now raised its worker wages, and also created the Fair Labor Association, which provides independent monitoring in order to stop sweatshops (Nisen). If we could do this with all manufacteres and make them change their ways of production, it would benifit thousands of people around the United States, and would create a ripple affect for people around the world to stand up and take action against sweatshops worldwide.