Homelessness has always been an issue in New York City and there has always been a relatively large homeless population. Naturally, they need medical care sometimes and since it is not universal in the US, they have to pay for it. Most of the times, they can’t afford it which makes getting medical care much harder. Doctors in hospitals, emergency rooms, etc. are required to treat the patient, but in New York there is a law that states that all homeless patients must be discharged with a plan from their doctor or physician. This plan must be doable and it involves where the patient can go (preferably to the next of kin, but also a shelter), weather appropriate clothing, prescription for their medications that will last at least a month, and a meal. Naturally some of these protocols must have changes with the pandemic and with so many people going to the hospital. My project looks into how the pandemic affected homeless peoples’ access to medical care.

Before The COVID-19 Pandemic:

Housing is health care. This basically means that housing is the basis for being healthy and well, not having that makes being medically well very hard. Many homeless people before the pandemic preferred living in the streets than in shelters. For instance, Moustafa, a homeless man in his 50s says that he lived in a homeless shelter for a month but had to leave because he needed, “his own space to breathe”. He added that the shelter rooms were the size of the rectangular slab of concrete (seen above) and that he was treated “like an animal”. Each person is only allowed to have two bags and Moustafa had more possessions than he could fit in two bags. The health of those staying there was also not checked to the point that Moustafa felt safer on the streets, and many other homeless New Yorkers would agree. Housing options for homeless people in New York City are shelters, living on the streets, or getting housing from The New York City Housing Authority. The issue with the New York City Housing Authority is that it has a waiting list of 260,000 families with a less than 3% turnover rate. Thus, most homeless people resort to shelters or living in the streets. Both of these options make it easier for them to get sick because neither of them are good housing options, which is also why most homeless people have some sort of condition or illness. This also means that they need medical care, and typically it would need to be routine checkups multiple times a year to see how everything is going and for medication prescriptions. Homeless people can’t afford this so, a lot of the time, their conditions simply just get worse. While there are free clinics in New York City, there aren’t many and they tend to provide basic care. They are also usually medical professionals who volunteer, meaning that there aren’t always that many doctors and physicians.

Why The Homeless Are More At Risk for Catching Coronavirus:

Because of the reasons outlined on the infographic above, homeless people are more at risk for getting COVID-19. Being at a higher risk for COVID-19 makes housing even more complicated, which is the basis of being healthy and medically well, because if they catch it, they wouldn’t have anywhere to go but the street. If one knowingly has COVID-19, they can’t go to a shelter, they can’t stay at a hospital because the hospital is already short on beds, they can no longer stay in the subway because it stopped being open 24 hours a day, so the street was really their only option. Many also have underlying medical conditions, which naturally, make them more at risk for catching the virus.

The Impact that The COVID-19 Pandemic has had:

Prior to the pandemic, New York City was facing record homelessness and the pandemic only made it worse. For starters, one of the main reasons for homelessness is people needing to choose between housing and medical bills since they are so expensive. Needing to go to the hospital and stay there on a ventilator because of COVID-19 led to medical bills being very very high. Thus, people chose between their medical bills and housing and chose to pay their bills, leaving them homeless. Lack of access to private space has exacerbated transmission, hospitalization, and deaths amongst this group of people and those living in shelters are particularly at high risk because of the small space and not knowing others’ health conditions. With the COVID-19 pandemic making homeless people more at risk for getting sick, their access to medical care didn’t change and just got worse. Not only could they not go to the hospital or doctor’s office if they were sick, they also wouldn’t be able to afford it making matters even worse.

This is a very interesting 3-4 minute video that explains what was previously mentioned about housing being healthcare. To summarize, it explains how housing is the base and almost a necessity to being healthy and without it, one is more at risk to get sick and in this case, get COVID-19. With the start of the pandemic, people were even more scared to go to shelters not knowing if anyone there had the virus or was sick, on top of the complete lack of privacy that is there. Drug usage is common in shelters as well as getting robbed which is also why people would rather stay on the streets. Another thing mentioned in the video is the systemic problems and how homelessness affects people of color more than it does white people and this is due to multiple reasons, that are outlined in the video, all connecting to deep-rooted systemic racism. 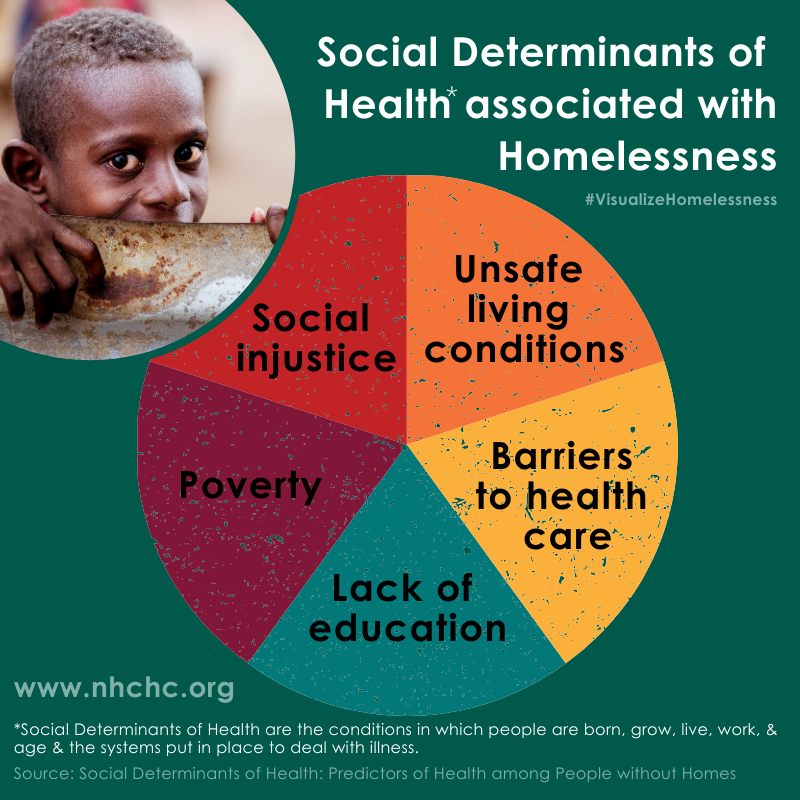 Feedback and Questions to Think About:

After reading through my project, i would appreciate any feedback in the comments! Some specific questions to think about are: