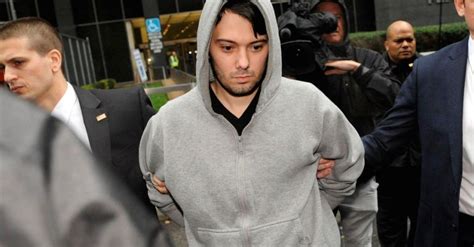 “Everyone is doing it. In capitalism, you try to put the highest price you can for a product.”

In an attempt to justify his actions

Pharmaceutical companies would certainly face a lot of backlash and lose a lot of profit if certain regulations were put in place. We can see that these companies recognize the importance of good relationships with politicians after Pfizer dropped their prices immediately after Donald Trump tweeted a negative message about how they should be ‘ashamed’ that their prices were rising. The government could significantly decrease the earnings of pharmaceutical companies by doing a number of things. One would be negotiating fair drug prices with the 55.5 million Medicare patients, a practice that is done in multiple other countries and within US participating hospitals. The government could also force drug companies to ensure that prices relate to the research and development costs or the clinical effectiveness of the drug compared to others in the industry. Finally, the government could just put a cap on the amount of money a company could make on a drug. All of these solutions and regulations would make it so that the companies lose substantial profit.

If there were significant regulations on the price of drugs in America, multiple patients and American citizens would benefit immensely. Currently, there are millions of patients who make the decision to pass away, not because of their disease, but because they cannot afford treatment. Quality of life among Americans would be greatly improved and many lives would be saved. Patients could even be able to spend money elsewhere that would have gone to drugs.

People Close to the Patients:

I wanted to include people close to the patients – family and friends – as they too would likely lead more enjoyable lives. In the case of Jackie Trapp, her husband had to be beside her throughout the whole process, along with whenever they had to have difficult conversations regarding their uncertain future. With cheaper drugs, significant emotional and financial stress could be lifted from the shoulders of those supporting the patient.

Shkreli’s autonomy was not infringed upon as he was able to act independently without much outside influence. His claim that “everyone else is” raising prices is also a fair assessment and is a reality of capitalist society. If any regulations were put in place they would infringe upon the autonomy of the drug corporations.

Shkreli did not practice beneficence when making the decision to raise the prices of the drugs. While his company and personal wealth may have grown, the patients and people in need of the drugs did not benefit at all from the price jump.

I believe that it is safe to assume that Shkreli did not act intentionally to harm anyone in need of the drugs; rather, it appears as though his main motivation was to ensure that his company could compete in the market and could make the most profit possible. However, his inaction to do anything when people were struggling to buy the necessary drugs goes against non-maleficence.

Shkreli did not have any trouble with having access to certain drugs – he only made it more difficult for the patients to obtain the drugs, essentially ignoring the justice principle.

Trapp was unable to practice full autonomy under the limitations of not being able to afford drugs; however, she would be able to break the law to obtain cheaper foreign drugs independently. If regulations were put in place, her situation would be simpler and most likely she would be able to make more independent decisions without having to consider its implications.

With more regulations, beneficence would be observed as Trapp would benefit from the price drops. The benefits would be important especially because they relate to a very real life or death situation that many individuals have to consider.

Similar to beneficence, the action of implementing regulations would ensure that many individuals aren’t harmed, unlike how they are currently. These individuals also range from patients like Trapp to loved ones.

The allocation of the drugs would become greater immediately through regulations. Regulations would allow for more people to have access to cheaper yet necessary drugs to help them live. Currently, the options are to choose life and break the law if unable to afford the US drugs or choose death – regulations would make the reality much fairer and just.

These perspectives bring up interesting challenges or ways of thinking about the drug price problems in America and the ethical considerations regarding regulations to make drugs cheaper. Personally, I would look to Trapp’s perspective on this topic because less bioethical principles are broken in her circumstances. She, along with other patients, would most likely frown upon the American government’s compliance with a lot of drug corporations as they are sacrificing the greater safety and security of their people for money as a part of a political game. The political game that preaches that universal healthcare is bad even though it would benefit most of the American population, whom government officials are elected to serve. Unfortunately, there has not been much progress made and healthcare disparity continues to worsen across America. During the pandemic especially, tensions have risen which could spark a new movement to push elected officials to put more focus on fixing the American healthcare system. It is up to us to take the next steps to truly understand the complexities of our healthcare system to inspire greater change in the United States.

I hope that this was informational! Please leave some feedback and suggestions here!

References can be found here.